Karl-Heinz Wenisch and Wolfgang Schmiegelt founded the company under the name “inPhase Fernseh-Studiotechnik” in 1991 as the German distributor for broadcast products by Harris, formerly Leitch and Videotek. The range of services was extended from 1998 onwards: modern IP networks offered completely new channels for broadcasting and providing video content in professional quality. Inspired by the visionary imagination of individual customers we developed the first successful IPTV (Internal Protocol Television) systems.

Inspired by the visionary imagination of individual customers Teracue developed the first successful IPTV (Internal Protocol Television) system. With this the company became one of the pioneers of this trend-setting market sector of video broadcasting in IP networks at the end of the 90s. In June 2005 the two business areas, Broadcast and IPTV merged under one common name Teracue AG. Today, the company is a well-known manufacturer of hardware and software products for IPTV solutions and video networking from one source – Made in Germany.

In early 2014, Teracue AG was acquired by Eyevis GmbH, a leading provider of video-walls and visualization systems headquartered in Reutlingen Germany.  With the integration of Teracue into the Eyevis enterprise group, the company operates now under the name Teracue GmbH and it’s now part of a larger and stronger corporate structure, enabling them to provide their customers with even better end-to-end solutions.

IPTV
IPTV offers the chance to provide any video at any time in any place. Television programs, camera signals, and monitoring feeds can be broadcasted as virtual routers via digital networks in almost unlimited quantity. In other words, IPTV means video at any workplace regardless of using PC, TV, plasma or projector. 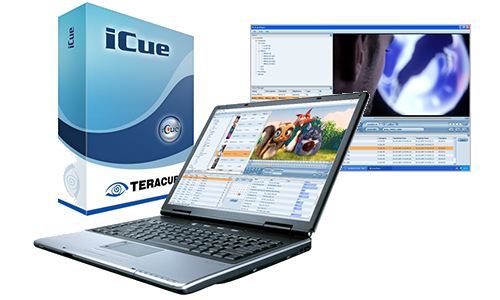